*They actually aren’t missing, they just don’t work the same.

The brain is made up of many different types of cells, but the main cell type, that accounts for two-thirds of the brain is called the ‘neuron’. Neurons are cells that receive and pass on information as electrical signals. They then form networks that allow the brain, and your body, to function. The way in which these specialised brain cells communicate with each other is by the release of small molecules known as ‘neurotransmitters’, or brain chemicals, which allow signals to pass from one neuron to another or to your muscles and organs.

In Part 1 of ‘The ADHD Brain’, we focussed on the larger structures of the brain known to be involved in ADHD. In Part 2, we focus on the neurotransmitters or ‘brain chemicals’ that are altered in ADHD. These chemicals are the target of medicines to treat the core traits of ADHD.

Those core traits of ADHD, such as the inability to choose what to focus on, hyperactivity and impulsivity, either alone or in combination are all linked to altered activity of neurotransmitters. The three main neurotransmitters which seem to be involved are dopamine, noradrenaline and serotonin. So what do these chemicals do? And how can medicines improve how they work? 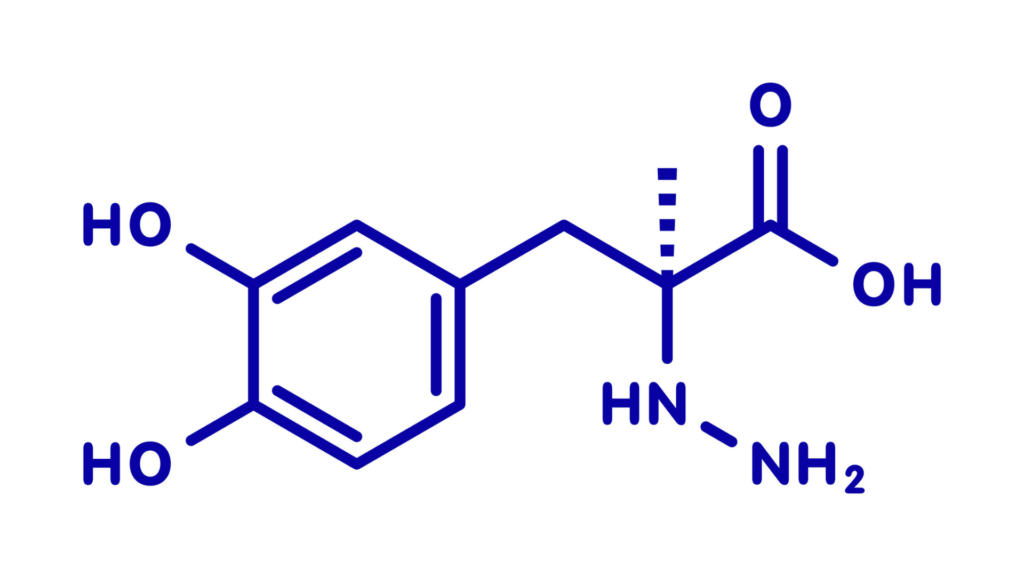 The chemical structure of dopamine, a key neurotransmitter in ADHD.

Dopamine is involved in many brain functions, from how our body moves to how new mothers make milk. Crucially for ADHD people though, dopamine is central to how we feel ‘reward’.

The feeling of ‘reward’ really just means any goal or item that we ‘seek’, like shopping for bargains or wanting a new job. Reward is scientifically defined as activities that we will work to acquire using time, energy, or effort. Rewards are crucial for normal health; simple everyday processes including eating and drinking are rewards; imagine how long we would survive if our brain didn’t want to seek food or water? Sometimes, non-essential activities also lead to rewards such as gambling, substance abuse or other addictive behaviours. Rewards, therefore, include diverse activities such as foraging for food and betting on a football match.

Memory is a key part of adapting our behaviour; if something is rewarding, such as eating an apple, we will remember to do it again. What happens is the brain uses past experiences to help guide a person towards positive future experiences. The neurotransmitter, dopamine is one of the key factors involved in this process. Dopamine changes the activity of brain areas that reinforce the ‘pleasure’ element of learning (this has been evidenced by an increase in dopamine ‘activity’ when pleasurable activities, like eating tasty food) are undertaken’.

It is often incorrectly said that ADHD brains don’t contain enough dopamine. The truth is slightly more complicated. In ADHD, dopamine doesn’t seem to work as effectively as it does in a non-ADHD brain, meaning dopamine’s activity is disrupted by a change in how dopamine is transported. Effective communication in the brain requires precise and dynamic regulation of neurotransmitter concentrations.

The amounts of available dopamine in the brain are partly controlled by dopamine transporters that keep dopamine inside nerves in the brain. When dopamine is inside a nerve, it cannot pass signals between nerves, so communication in the brain is affected. Alongside issues with dopamine ‘transport’, the receptor for dopamine (the lock which dopamine unlocks to cause neurones to talk to each other) can also sometimes not work properly in ADHD.

Dopamine is particularly active in the parts of the brain associated with reward and attention. So having altered dopamine actions can partly explain the behaviours traits seen in adult ADHD. It has also been suggested that changes in dopamine activity scramble the ability of the brain to prioritise larger, long-term rewards over smaller, short term ones (so choosing to check Instagram rather that finish that report for work`). 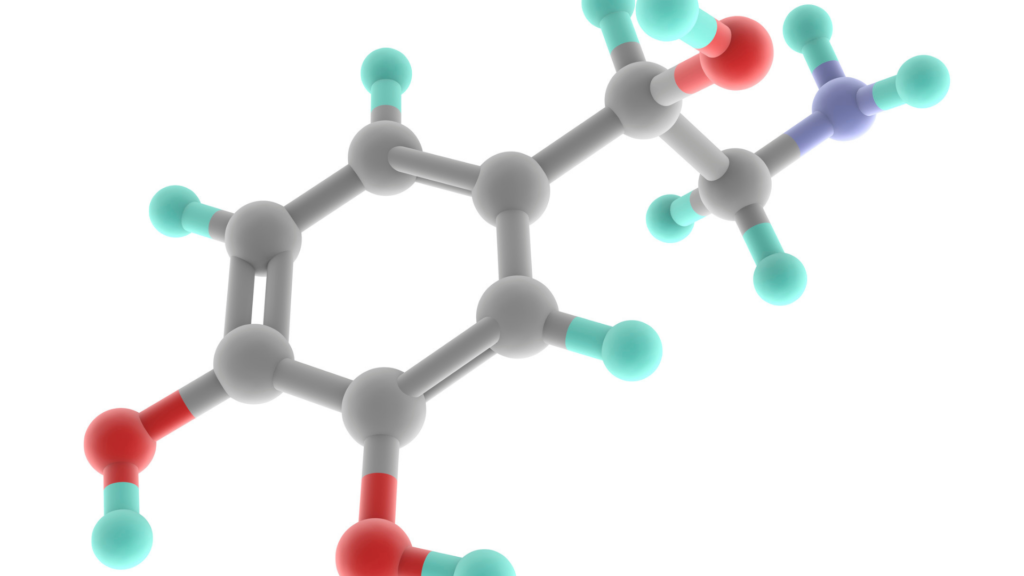 Noradrenaline is also a neurotransmitter implicated in ADHD.

Noradrenaline also a neurotransmitter regulates multiple behaviours including attention and alertness. At first, noradrenaline was thought the be the key neurotransmitter in ADHD. Evidence has since suggested that both are important in different parts of the brain. The one non-stimulant ADHD medication, atomoxetine, is 300 times more selective for transporting noradrenaline than dopamine, evidencing its importance in the biological basis of ADHD.

Serotonin is another neurotransmitter that regulates lots of these mood and thought processes. It is still not completely clear if serotonin is reduced because of ADHD but the ADHD drugs that improve symptoms seem to work better if they also improve serotonin action. However, This might be because some people have depression and anxiety with their ADHD and serotonin promoting drugs (like SSRIs) are the main support for these conditions.

All currently licensed adult ADHD medications modulate either or both dopamine and norepinephrine levels in brain regions (lisdexamfetamine, also known as Elvanse or Vyvanse, also increases the mood neurotransmitter, serotonin). The actions of these drugs confirm that dysfunctional neurotransmitter action plays both a central role in adult ADHD and the therapeutic response to anti-ADHD medications.

What do you want to read?